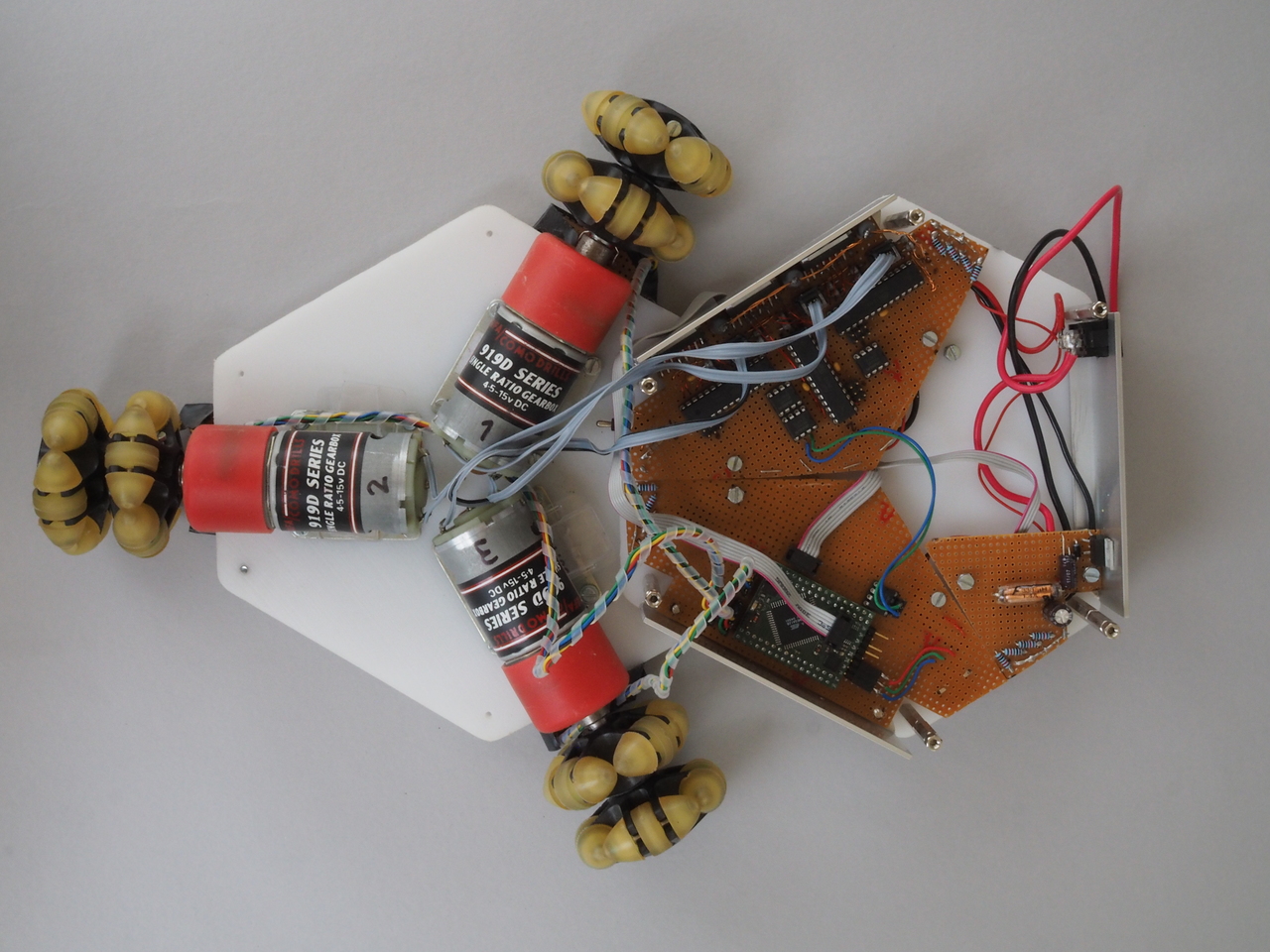 Holomove is a robot with omnidirectional driving capability due to its three omni-wheels. The aim was to enable omnidirectional visual sensing as well, which would allow for full exploitation of the driving system.

The video below demonstrates closed-loop position control using mouse sensor feedback! The controller is set to just keep the position of the robot constant. Notice, that the robot is not controlling its orientation. Hence the controller will bring the robot back to its starting position, but with an arbitrary orientation.

Unfortunately, I had to stop the development in an early stage because my studies at TU Munich started to consume a considerable amount of time.